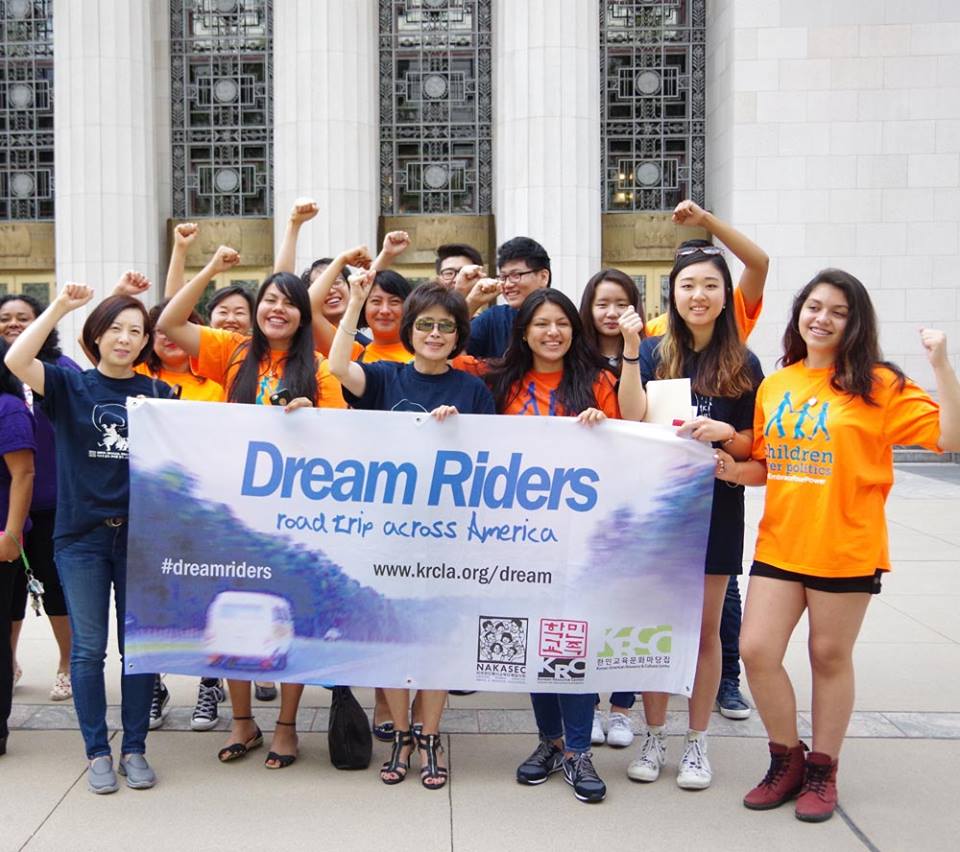 PICC is excited to welcome the National AAPI DACA Video Tour, a national communication campaign to educate AAPI communities on pains of family separation as well as dreams and hopes of undocumented immigrant youth through the screening of two documentariesfollowed by community discussions.

Two documentaries featuring personal stories of undocumented immigrants and DACA recipients will be shown: Dream Riders and Across America and Halmoni (Grandmother). The films will follow a panel and community discussion.

This is a free event, donations are encouraged. Your generous donation will help fund DACA and Advance Parole scholarships and PICC’s 2016 Summer Statewide Youth Convening.

DREAM RIDERS ACROSS AMERICA: 12 Asian American, Latino, and African American youth from California, Pennsylvania, Texas, and Virginia embarked on a road trip to amplify the voices of young people of color and immigrants and build the power of youth throughout the country. The Dream Riders traveled through the southern states where they shared their personal stories of migration and experiences living in the United States, hopes for their families and, hopes for their families and country, and how young people can become agents for social change.

HALMONI (GRANDMOTHER) by Ju Hong: In 2012, President Obama announced Deferred Action for Childhood Arrivals (DACA) program, which would provide protection from deportation up to one million undocumented youth. Through DACA, Ju traveled to South Korea to reunite with his ailing grandmother for the first time in over 13 years. Ju Hong once held a secret that is now an integral part of his identity: he is an undocumented immigrant. Ju is limited in his rights and privileges as compared to those of a U.S. citizen, one being that he is unable to travel freely outside of the U.S. because of his immigration status and the risk of deportation.

For more information on the tour visit DACAVideoTour.com